This was the third consecutive year for Zhuhai to be listed and the second year for it to be ranked in the top echelon, showcasing that the competitiveness of Zhuhai's convention, exhibition, and event industry is much higher than most of the other municipal-level cities in China. 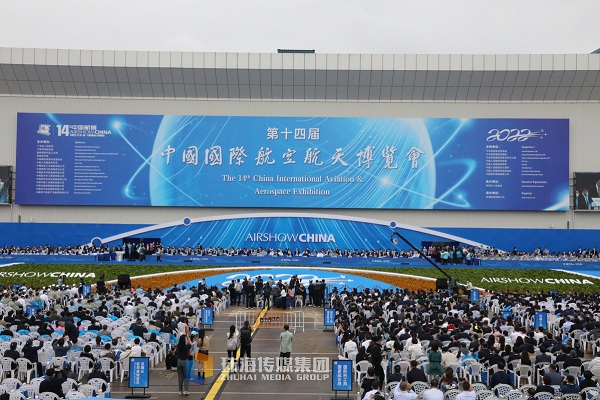 Zhuhai held around 20 exhibitions on aerospace, intelligent manufacturing, and innovative design, as well as 3,000 meetings on medicine, sci-tech, and finance every year on average from 2017 to 2021.

The Zhuhai Bureau of Commerce has been promoting the in-depth cooperation in convention projects and capital between Zhuhai and Macao in recent years, launching a batch of brand projects like the Macao-Zhuhai Entrepreneur Summit and Zhuhai Design Week.

The city is expected to host more than 5,300 conventions, exhibitions, and events by 2025. It will also give priority to the development of 10 brand exhibitions and high-end conference, as well as 10 major enterprises, contributing to the high-quality development of Zhuhai's economy.

Zhuhai will also give full play to the advantages of the Guangdong-Macao In-Depth Cooperation Zone in Hengqin, such as cross-border customs clearance policies, opening-up platforms, and cooperation mechanisms, to attract professional exhibitions and high-end forums at the international and national level to settle in Zhuhai and Macao.

The China Convention, Exhibition & Event Society also used its indicator system to sort out 671 policies for the convention, exhibition, and event industry issued by the local governments of 153 cities, proposing targeted optimization suggestions for these cities.