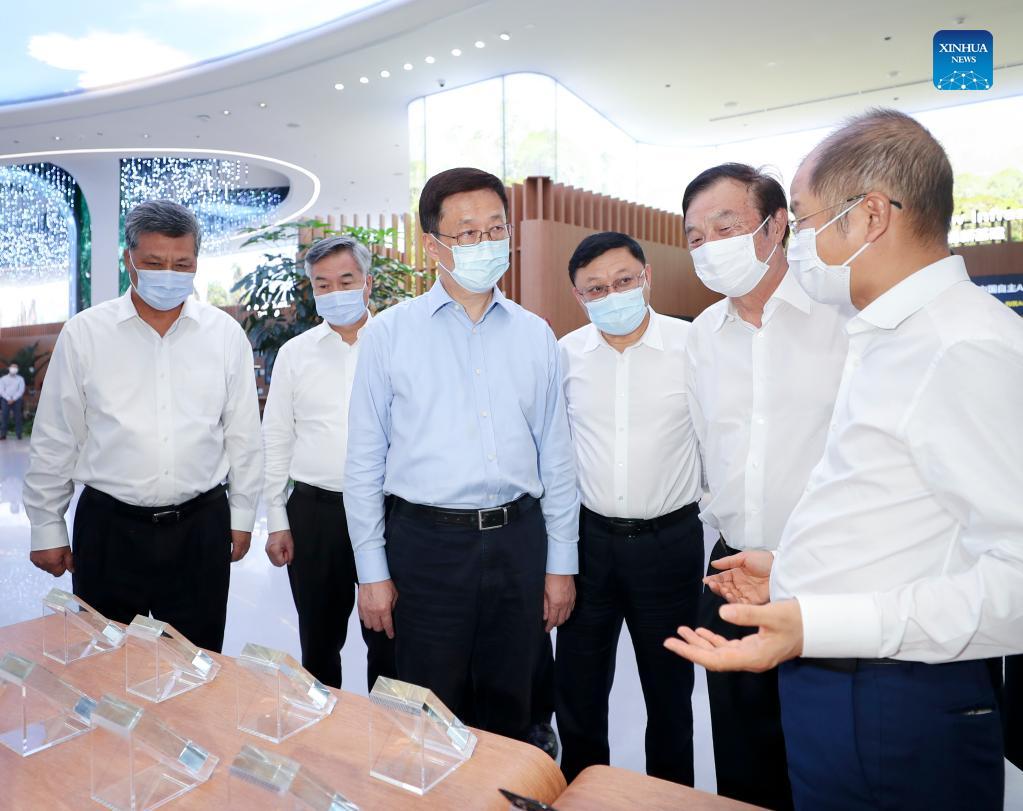 Han, also a member of the Standing Committee of the Political Bureau of the Communist Party of China Central Committee, made the remarks during an inspection tour to the southern Chinese city of Shenzhen in Guangdong Province from Saturday to Sunday.

The vice premier stressed promoting cooperation between Shenzhen and Hong Kong, and urged efforts to carefully plan industrial layout making use of Hong Kong's advantages in modern services in order to build a new highland for China's high-level opening-up.

An ecosystem for the creation, protection and utilization of intellectual property rights (IPR) should be set up, Han said, stressing work to enhance IPR protection, especially for private technological innovation enterprises, and facilitate IPR services.

Han also emphasized that efforts should be made to accelerate forging alignment of laws and rules and mechanisms in the Guangdong-Hong Kong-Macao Greater Bay Area, cultivate professional talents, especially young talents, and further improve legal services to create a market-oriented, law-based and internationalized business environment.

While visiting telecommunication firm Huawei and medical solution provider Mindray, Han said since the reform and opening-up, China's private enterprises have been flourishing and full of vitality, becoming important entities of scientific and technological innovation.

As the country has entered a new stage of development, the strategy of innovation-driven development should be fully implemented, he added.

Private firms are encouraged to enhance their international competitiveness through scientific and technological innovation and leverage the role of market mechanisms to promote independent innovation, so as to further contribute to China's development in science and technology.